1962: Baseball and America in the Time of JFK

1962: Baseball and America in the Time of JFK takes readers back to a time when America’s optimism was at its highest.  It goes beyond news accounts to examine an extraordinary year in baseball, culture, and politics.  Readers will find previously untold stories behind the creation of the Houston Colt .45s baseball team (later renamed Astros), John Glenn’s historic flight in Project Mercury’s Friendship 7 capsule, Bo Belinsky’s fall from grace after pitching a no-hitter as a rookie, Dodger Stadium’s début, President Kennedy’s leadership, TV coverage of the World’s Fair in Seattle, and the New York Mets replacing the departed Dodgers and Giants in the hearts and minds of the city’s National League baseball fans.

Additionally, 1962 could be considered Hollywood’s greatest year.  Advise and Consent exposed the inner workings of the nation’s capital.  To Kill a Mockingbird showed the courage required to fight racism.  Lolita shocked audiences with its depiction of an affair between a teenage girl and a middle-aged man.  Days of Wine and Roses revealed the dangers of alcoholism.  And that’s just a sampling.  There’s also Lawrence of Arabia, How the West Was Won, The Manchurian Candidate, and The Man Who Shot Liberty Valance. 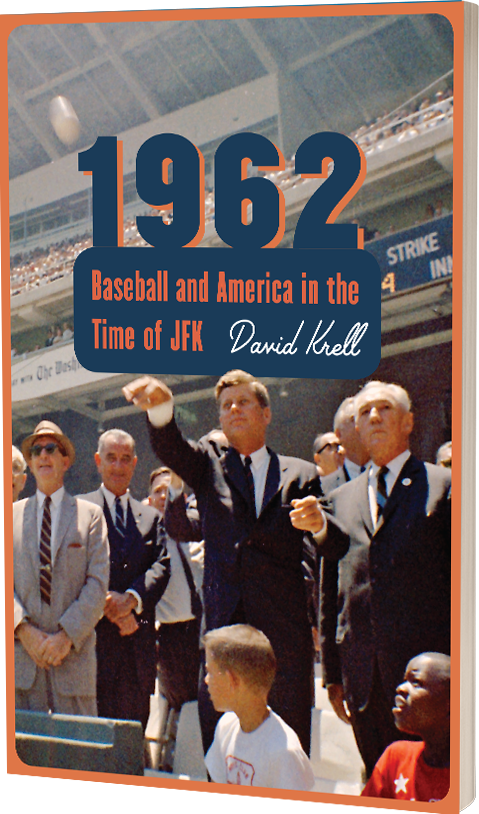