The team that has brought joy, triumph, and even a miracle to New York City has a massive foothold in American entertainment. The New York Mets in Popular Culture uncovers little-known aspects of Mets history that even die-hard fans of the orange and blue may not know. It leads off with the unbelievable story of how Rheingold became the first beer sponsor of the Mets. There are new takes on other icons of Mets Nation, including Dave Kingman, Mike Piazza, Tom Seaver, Jerry Koosman, Dwight Gooden, and Darryl Strawberry.

The New York Mets in Popular Culture offers deep dives into Mets history, lore, and culture. There’s a novel examination of Casey Stengel’s influence on marketing the Mets during the team’s dismal, inaugural season of 1962 when they went 40-120. Longtime fans will gain a new appreciation for the broadcasting career of Bob Murphy, who coined the phrase “The Happy Recap.” Original Mets owner Joan Payson gets a long overdue examination of her outstanding generosity in New York City philanthropy. In addition, Mets fans will be spellbound by other accounts, including a staged triple play in The Odd Couple, Mr. Met’s hilarious rivalry with the Phillie Phanatic, and Shea Stadium’s rise from multi-sport stadium to concert venue for rock stars. 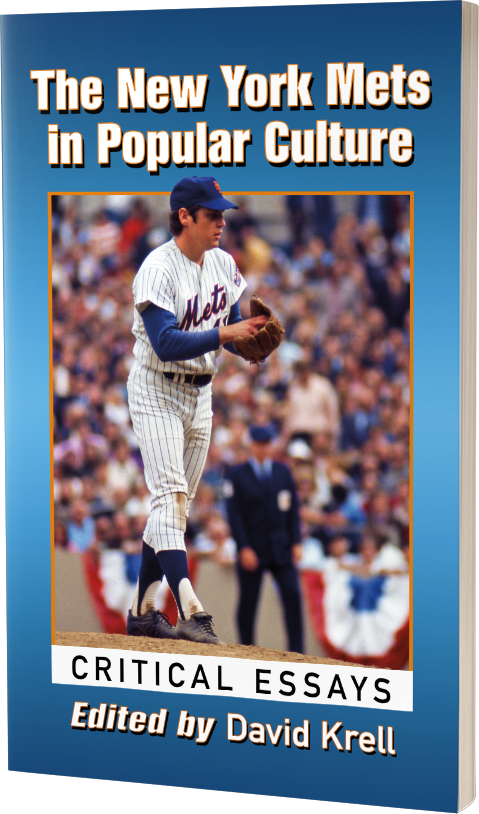